Say What? What does all that economic jargon really mean? 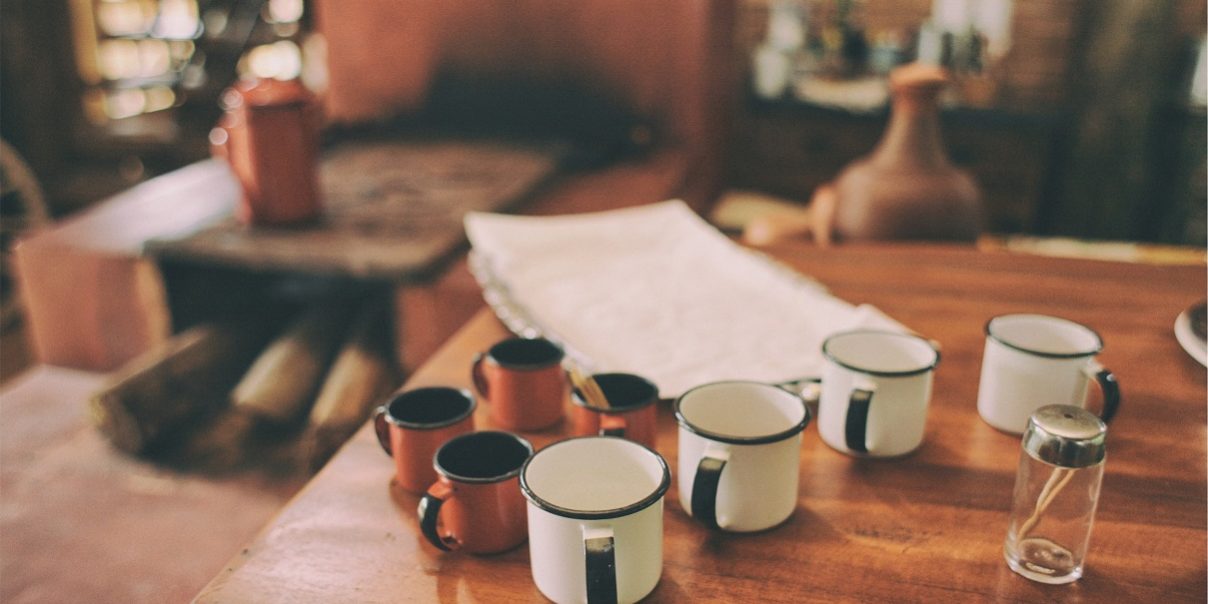 With the debate over the U.S. government debt, the debt woes in the Eurozone, and talk of a double-dip recession–not to mention protestors camping out on Wall Street–suddenly fairly complex economic issues are showing up in the mainstream news. In our own conversations with clients, we recognize that sometimes the lingo used in the financial services and economic world can become a bit confusing–especially to people whose idea of a good time is not to follow macroeconomic or investment data.

Having a grasp of financial terminology is important to your overall financial health and “smart” investing. Here are some of the more relevant terms, many of which will be familiar to you, some of which may be new or not understood as well as you would have liked. You can either use this guide to decipher what you’ve suddenly been reading about in the headlines, or you can test yourself and see if you know most of the terms. If there are only a few terms that you couldn’t define before reading this, consider yourself among the economic/financial sophisticates.

Mini-glossary of macroeconomic and financial terminology (and jargon)

Assets – Things that provide income or some other value to their owner. Investment assets refers to stocks, bonds, mutual funds and all the other things that might be in an investor’s portfolio.

Bear market – a period when security prices are falling and investors, fearing losses, tend to sell. This can create a self-sustaining downward spiral.

Bond – A debt security, or more simply, an IOU. The bond states when a loan must be repaid and what interest the borrower (issuer) must pay to the holder. Bonds can be issued by companies, banks or governments to raise money.

Bull market – A bull market is one in which prices are generally rising and investor confidence is high.

Chapter 11 – The term for bankruptcy protection in the US. It postpones a company’s obligations to its creditors, giving it time to reorganize its debts or sell parts of the business, for example.

Commodities – Commodities are products that, in their basic form, are all the same so it makes little difference from whom you buy them. That means that they can have a common market price. You would be unlikely to pay more for iron ore just because it came from a particular mine, for example. (Remember that the next time you make a major purchase of iron ore.) The commodities markets range from soft commodities such as sugar, cotton and pork bellies to industrial metals such as iron and zinc.

Correction (market) – A short-term drop in stock market prices. The term comes from the notion that, when this happens, overpriced or underpriced stocks are returning to their “correct” values.

CPI – The Consumer Price Index is a measure of the price of a bundle of goods and services from across the economy. It is the most common measure used to identify inflation in a country. CPI is used as the target measure of inflation by the U.S. Federal Reserve Board, and can influence such wide-ranging financial issues as the bond market rates, Social Security and pension payments, and the negotiation of salaries.

Credit default swap (CDS) – A financial contract that provides insurance-like protection against the risk of a third-party borrower defaulting on its debts. For example, a bank that has made a loan to Greece may choose to hedge the loan by buying CDS protection on Greece. The bank makes periodic payments to the CDS seller. If Greece defaults on its debts, the CDS seller must buy the loans from the bank at their full face value. CDSs are not just used for hedging – they are used by investors to speculate on whether a borrower such as Greece will default.

Credit rating – The assessment given to debts and borrowers by a ratings agency according to their safety from an investment standpoint – based on their creditworthiness, or the ability of the company or government that is borrowing to repay. Ratings range from AAA, the safest, down to D, a company that has already defaulted. Ratings of BBB- or higher are considered “investment grade”. Below that level, they are considered “speculative grade” or more colloquially as junk.

Deleveraging – A process whereby borrowers reduce their debt loads. Primarily this occurs by repaying debts. It can also occur by bankruptcies and debt defaults, or by the borrowers increasing their incomes, meaning that their existing debt loads become more manageable. Western economies are experiencing widespread deleveraging, a process associated with weak economic growth that is expected to last years. Households are deleveraging by repaying mortgage and credit card debts. Banks are deleveraging by cutting back on lending. Governments are also beginning to deleverage via austerity programs – cutting spending and increasing taxation.

Dividends – An income payment by a company to its shareholders, usually linked to its profits.

Equity – The value of a business or investment after subtracting any debts owed by it. The equity in a company is the value of all its shares. In a house, your equity is the amount your house is worth minus the amount of mortgage debt that is outstanding on it.

Fundamentals – Fundamentals determine a company, currency or security’s value in the long-term. A company’s fundamentals include its assets, debt, revenue, earnings and growth.

G20 – The G8 plus developing countries that play an important role in the global economy, such as China, India, Brazil and Saudi Arabia. It gained in significance after leaders agreed how to tackle the 2008-09 financial crisis and recession at G20 gatherings.

GDP – Gross domestic product. A measure of economic activity in a country, namely of all the services and goods produced in a year. There are three main ways of calculating GDP – through output, through income and through expenditure.
A recession is defined as a period of time when the GDP growth turns negative, which is why GDP figures are so widely followed.

Hedging – Making an investment to reduce the risk of price fluctuations to the value of an asset. Airlines often hedge against rising oil prices by agreeing in advance to to buy their fuel at a set price. In this case, a rise in price would not harm them – but nor would they benefit from any falls. A hedge fund is a private investment fund which uses a range of sophisticated strategies to maximize returns including hedging, leveraging and derivatives trading. Authorities around the world are working on ways to regulate them.

IMF – The International Monetary Fund is an organization set up after World War II to provide financial assistance to governments. Since the 1980s, the IMF has been most active in providing rescue loans to the governments of developing countries that run into debt problems. Since the financial crisis, the IMF has also provided rescue loans, alongside the European Union governments and the ECB, to Greece, the Irish Republic and Portugal. The IMF is traditionally headed by a European.

Inflation – The upward price movement of goods and services.

Liquidity trap – A situation described by economist John Maynard Keynes in which nervousness about the economy leads everybody to cut back on their spending and to hold cash, even if the cash earns no interest. The widespread fall in spending undermines the economy, which in turn makes households, banks, investors and companies even more nervous about spending and investing their money. The problem becomes particularly intractable when – as in Japan over the last 20 years – the weak spending leads to falling prices, which creates a stronger incentive for people to hold onto their cash, and also makes debts more difficult to repay. In a liquidity trap, monetary policy can become useless, and Keynes said that the onus is on governments to increase their spending.

Money markets – Global markets dealing in borrowing and lending on a short-term basis. A money market fund might invest in loans whose duration is as short as a single day.

Ponzi scheme – Similar to a pyramid scheme, an enterprise where funds from new investors – instead of genuine profits – are used to pay high returns to current investors. Named after the Italian fraudster Charles Ponzi, such schemes are destined to collapse as soon as new investment tails off or significant numbers of investors simultaneously wish to withdraw funds.

Quantitative easing – Central banks increase the supply of money by “printing” more. In practice, this may mean purchasing government bonds or other categories of assets, using the new money. Rather than physically printing more notes, the new money is typically issued in the form of a deposit at the central bank. The idea is to add more money into the system, which depresses the value of the currency, and to push up the value of the assets being bought and to lower longer-term interest rates, which encourages more borrowing and investment.

Rating – The assessment given to debts and borrowers by a ratings agency according to their safety from an investment standpoint – based on their creditworthiness, or the ability of the company or government that is borrowing to repay. Ratings range from AAA, the safest, down to D, a company that has already defaulted. Ratings of BBB- or higher are considered “investment grade”. Below that level, they are considered “speculative grade” or more colloquially as junk.

Recession – A period of negative economic growth. In most parts of the world a recession is technically defined as two consecutive quarters of negative economic growth – when real output falls. In the United States, a larger number of factors are taken into account, such as job creation and manufacturing activity. However, this means that a US recession can usually only be defined when it is already over.

Stagflation – The dreaded combination of inflation and stagnation – an economy that is not growing while prices continue to rise. Most major western economies experienced stagflation during the 1970s.

Yield – The return to an investor from buying a bond implied by the bond’s current market price. It also indicates the current cost of borrowing in the market for the bond issuer. As a bond’s market price falls, its yield goes up, and vice versa. Yields can increase for a number of reasons. Yields for all bonds in a particular currency will rise if markets think that the central bank in that currency will raise short-term interest rates due to stronger growth or higher inflation. Yields for a particular borrower’s bonds will rise if markets think there is a greater risk that the borrower will default.

What have we missed? If you’ve come across a financial term or phrase that you’re unsure of, either in our communications or in the media, please let us know. We’ll try our best to explain.

How Will the Presidential Election Impact My Financial Plan?
August 31, 2020

Use the Pandemic as a Test Drive for Retirement
June 26, 2020
Blog Categories
Archives
Go to Top