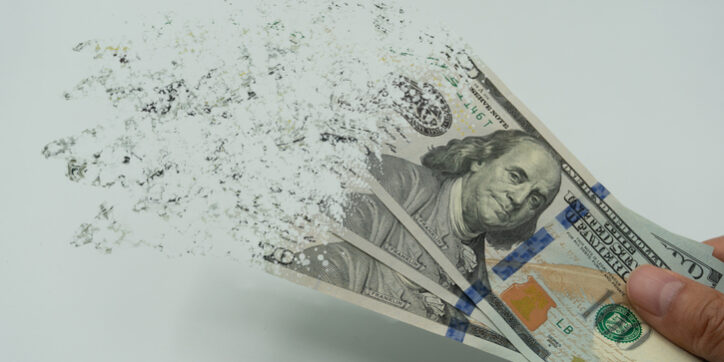 This year feels like watching a horror movie in the bond market. Van Helsing (the Federal Reserve) is combating Dracula (inflation), trying to put a stake (interest rate increases) through the cash-flow sucker’s heart.

Only eight months into these aggressive rate increases, it is the fastest pace of change in modern history. This makes 2022 a rough year for bond investors. Interest rates go up, then bond prices go down (and when rates go down, bond prices go up).

In a recent online interview, Kathy Jones, Charles Schwab’s chief fixed-income strategist, reminds us that there are still three main reasons for holding bonds in a portfolio. “The first is capital preservation. So, barring a default, you will get your principal and interest payments from a bond,” noted Jones. Also, remember that a “loss on paper” becomes an actual loss if you panic and sell a depressed bond/bond mutual fund.

The second role for bonds is income. “The majority of bonds pay income on a regular basis. And that’s good for investors looking to generate an income stream, particularly for something like retirement, or simply to have that interest income reinvested over time,” added Jones. Focusing on the long-term benefits of higher interest rates is also important. As bonds mature, money can be reinvested in bonds now yielding 3% to 6%. Interest income (yield) is the highest we have seen in many years.

What now for your bond positions? Review the rationale for owning bonds/bond funds in the first place within the context of your financial plan, your cash flow needs and your risk tolerance.

Keep most of your fixed-income allocation in higher-quality bonds with a lower risk of default. Also, focus on short- to intermediate-term holdings that are less volatile in reaction to interest rate hikes. “Ironically, the worse things get, the better bonds should look going into the future,” states a Vanguard quarterly summary. For instance, with a global recession looming, eventually, central banks will pivot toward rate cuts (raising bond prices).

Be very cautious about implementing more esoteric approaches to your non-stock allocations. If you have surplus cash in savings, check out short-term treasury bonds and Series I savings bonds for part of your reserves. And don’t overlook the opportunity to do some year-end tax planning such as tax-loss harvesting.

Here are some smart financial planning moves for your spring ‘cleaning’
May 5, 2022
Blog Categories
Archives
Go to Top